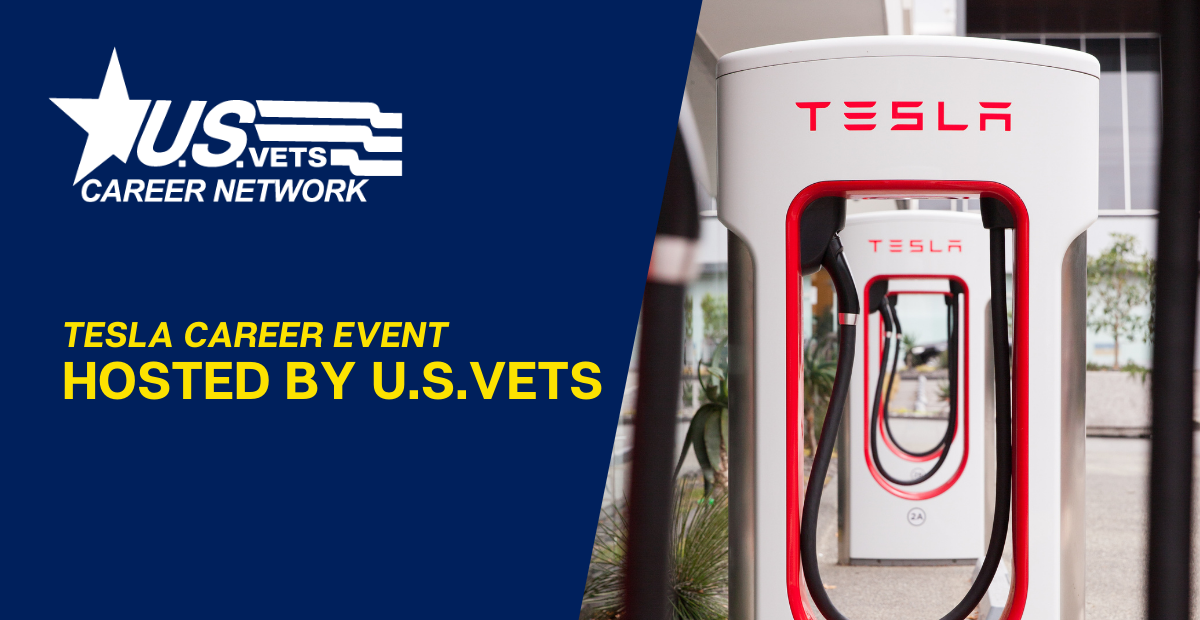 TESLA has a military-hiring initiative. U.S.VETS Career Network has identified Tesla as a leading employer partner for military members and their families.

Founded in 2003 and headquartered in Palo Alto, California, Tesla focuses on electric cars and drivetrains. First production models of their cars hit the streets in 2008, and since then they have sold close to 2,000 cars in 31 countries. The company currently employs 45 veterans and has a few more in the hiring pipeline. Many of them are or will be working at the Tesla Factory in Fremont, California, but positions are being hired for all areas of the company.

“Veterans are taught to be leaders within the context of a cooperative team, and that is exactly how Tesla works – allowing employees to think outside the box while working hard toward a common goal,” says Ricketts.

Tesla’s new veteran hiring initiative includes upcoming recruiting events for veterans, including one on September 29, and ads in veteran-targeted outlets such as Swords to Plowshares and the EDD.

“Hiring veterans is very complementary to Tesla’s other mission to move the world toward energy security and independence,” says Ricketts.

For more information on Tesla and jobs currently available, visit the Tesla website.

Read this Military.com article for more information on the Tesla Military Initiative.

Learn about all of the amazing careers available to veterans, active duty service, members, and their families at this event.

Veterans learn about the “Business” side of the Entertainment Business
November 20, 2017
Categories
Recent Posts
Go to Top